Year of the Dog – Meet Napolean 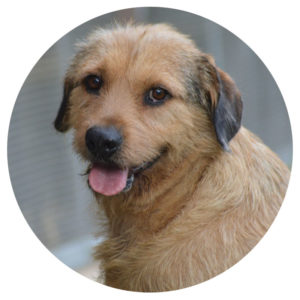 Napolean came to us in 2015, fresh off the streets of central Houston in what is known as the “Corridor of Cruelty”. Volunteers had seen him around  for a long time, and there were many attempts to rescue him. Finally, volunteers were able to catch him and bring him safely to Special Pals.

What You Need To Know

Having spent the first part of his life on the streets, Napolean doesn’t really understand life in a house. It took him a fair bit of time to understand shelter life, and being indoors, and the kindness of people! A regular routine suits Napolean very well. As long as he’s fed, walked, and let out with consistent regularity, he will thrive. You can set your watch by him!

Napolean can seem very shy, but behind his timid demeanor you’ll find the smartest guy in the room! He learns by example from the other dogs around him. On the streets, he hung out with a girl named Bernice; they came to Special Pals together, but she has since been adopted. Now Napolean has become friends with Sara – we’re hoping she gets a home in the Year of the Dog too!

He’s is a smart cookie too, and we’ve noticed he’s very content to play with toys on his own. He knows how to play, not just chew or toss his toys, and it keeps him occupied between his regular schedule of sniffing, running, and pottying in the yard!

Ideally, Napolean’s people will relaxed, perhaps even be homebodies. If his family has children, they should be older teens. He will do well with one calm, well-behaved doggy sibling (like Sara!) who can show him the ropes of being a house dog. He’s the intense bonding type, and he’s only got room for a close group in his heart. Too many dogs or people or noises and Napolean will shut down and hide – he has not done well in foster situations with multiple dogs. He tries so hard and he wants so desperately to be loved.

The keys to success as Napolean’s forever family are routine, dedication, and patience.

We would love to introduce you to Napolean! Our shelter is open Wednesday-Sunday for adoptions, and we would love to help you meet this special guy. We want him to find his forever home in the Year of the Dog, but we would be happy to discuss a foster arrangement with the right family. Click here to see Napolean on Petfinder.