Special K from 104 KRBE has been a pal of ours for many years. He’s hung out with us at events, given us plenty of shout outs, and supported us on behalf of his two pups, Sammy Jo and Rocco.

The fine folks at Houston Pet Talk Magazine featured Special K along with many other Houston media personalities in their April 2018 issue. Read the whole issue right here, and keep reading below to see Special K’s interview.

Tell our readers about your cute little duo and how they “found you”.

Sammy Jo, the white rescue, was found by the SPCA on their door step in a milk crate. Rocco, the black Chinese Crested, was the only powder puff from the litter. All his siblings are BALD!

What’s the worst thing that Sammy Jo or Rocco have ever done?
I was running along the Bayou with Sammy one day on the concrete section near downtown. Sammy was tearing through the shallows and didn’t realize it dropped off. Luckily she was on a leash because when she went under, I had to literally reel her in as the current was taking her under. A scary experience but she knows now to avoid the Bayou!

What is the number one thing you would want to tell the public about responsible pet care?
If you cannot properly care for an animal and give them the attention they require, do not try to take on another life. It pains me to see animals chained up in the back yard, particularly in the extreme temperatures. If I could scoop them all up and put them on a farm, I would!

If Sammy Jo and Rocco had a human voice, who would they sound like?
Sammy is loud and sassy, so I’m thinking she would sound like Tiffany Haddish. Rocco would sound like Ralph Wiggum from the Simpsons. I’ve heard him try to speak!

Is there a special animal organization that you would love our readers to help, become a part of, or learn more about?
Special Pals Animal Shelter in Katy (3830 Greenhouse Rd, 77084).

Hey, that’s us! Thanks for your support, Kevin! 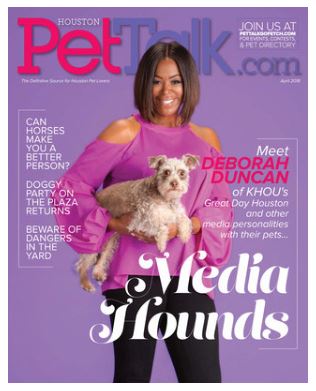 You can pick up a copy of the April 2018 Houston Pet Talk Magazine at Special Pals or read it online here. 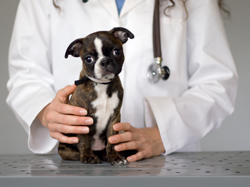 Social distancing procedures will be in place, including wearing masks. Thank you! Our walk-in shot clinic will offer vaccinations, heartworm tests, flea and tick prevention, and microchipping. We are not a full-service vet and can[...]
Jul
22
Wed
10:00 am Walk In Shot Clinic @ Special Pals
Walk In Shot Clinic @ Special Pals
Jul 22 @ 10:00 am – 12:00 pm