For over 38 years, volunteers and staff have helped homeless pets start a new life.

Since 1991, Special Pals, the no-kill animal shelter, has been based at 3830 Greenhouse Road in the Katy area after starting in Bellaire. Business is up, according to Elizabeth Trick, executive director. “Year-to-date adoptions are up 20 percent from last year,” she said. The May newsletter Paw Prints shows 195 adoptions from January to April. 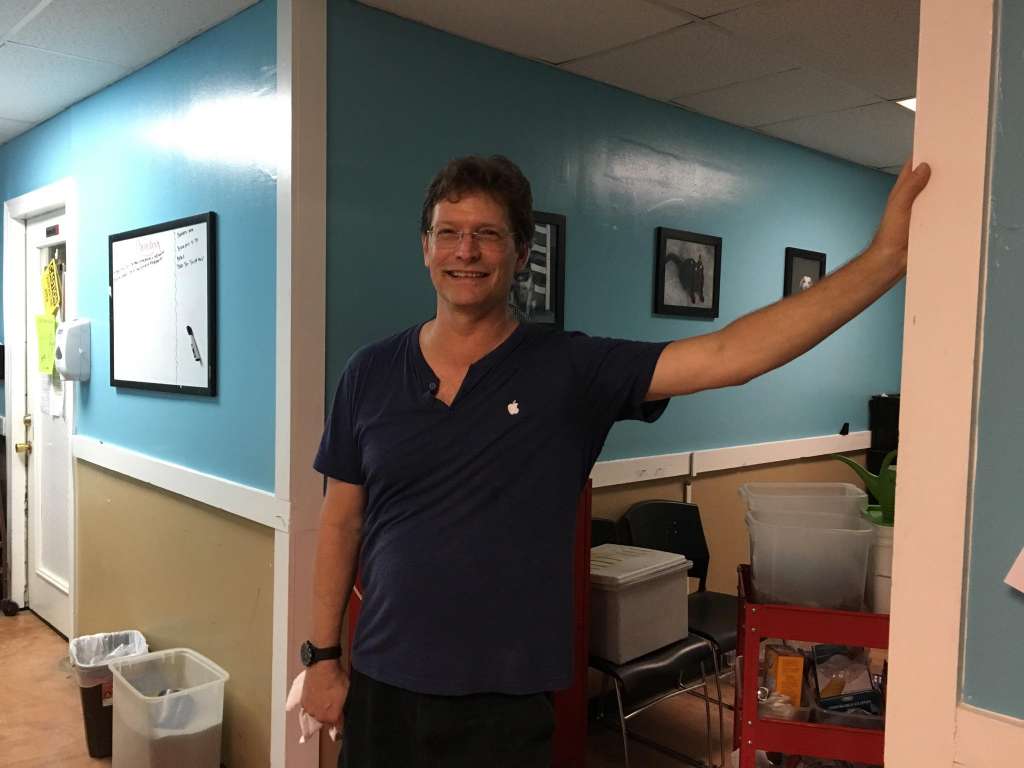 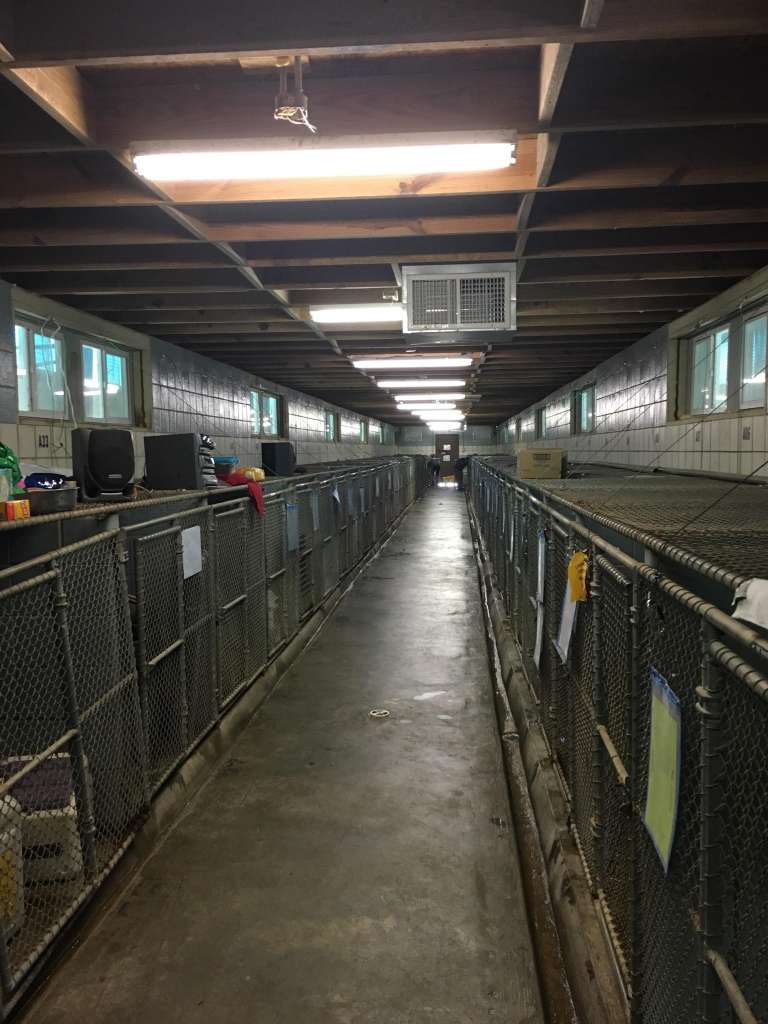 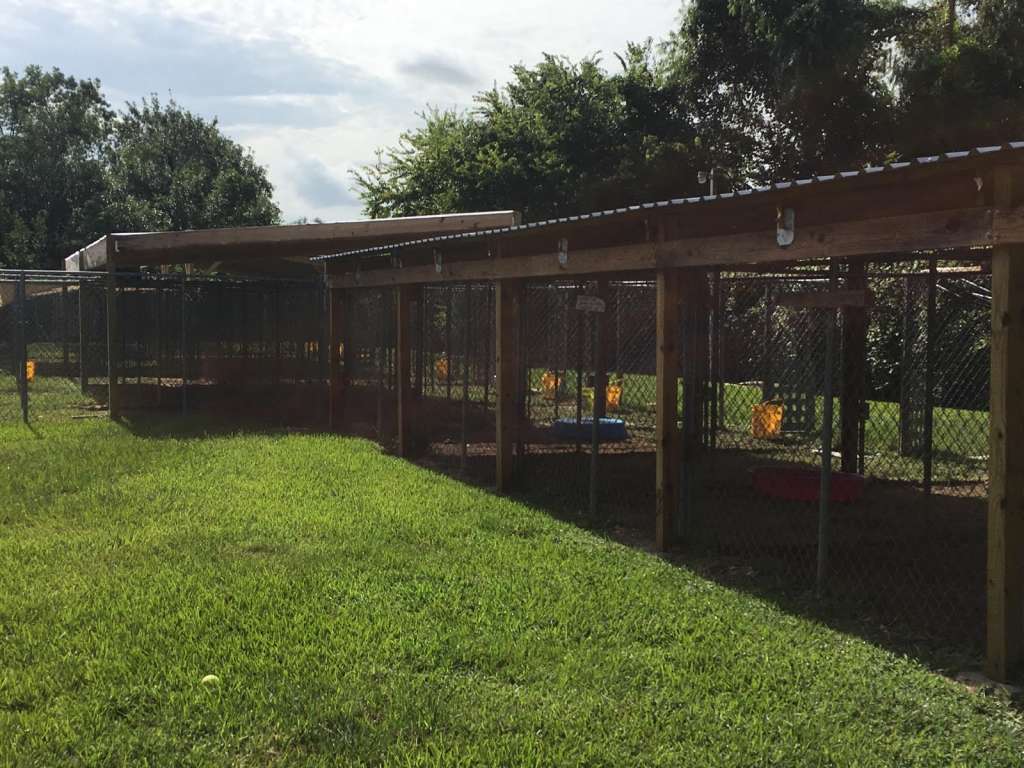 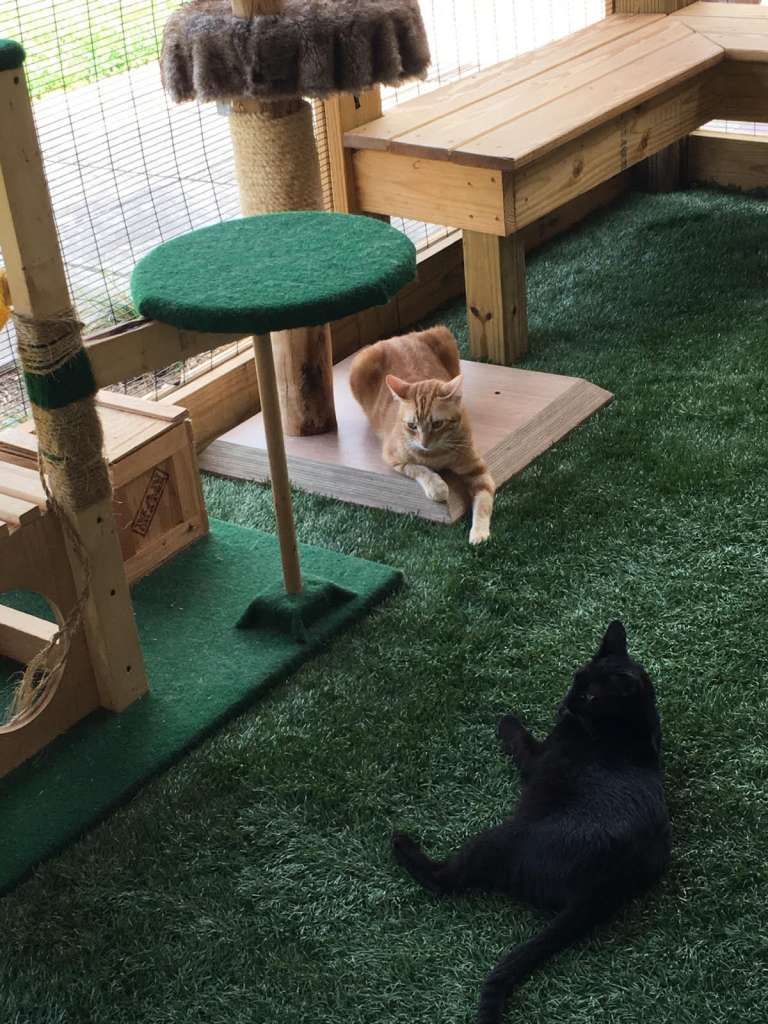 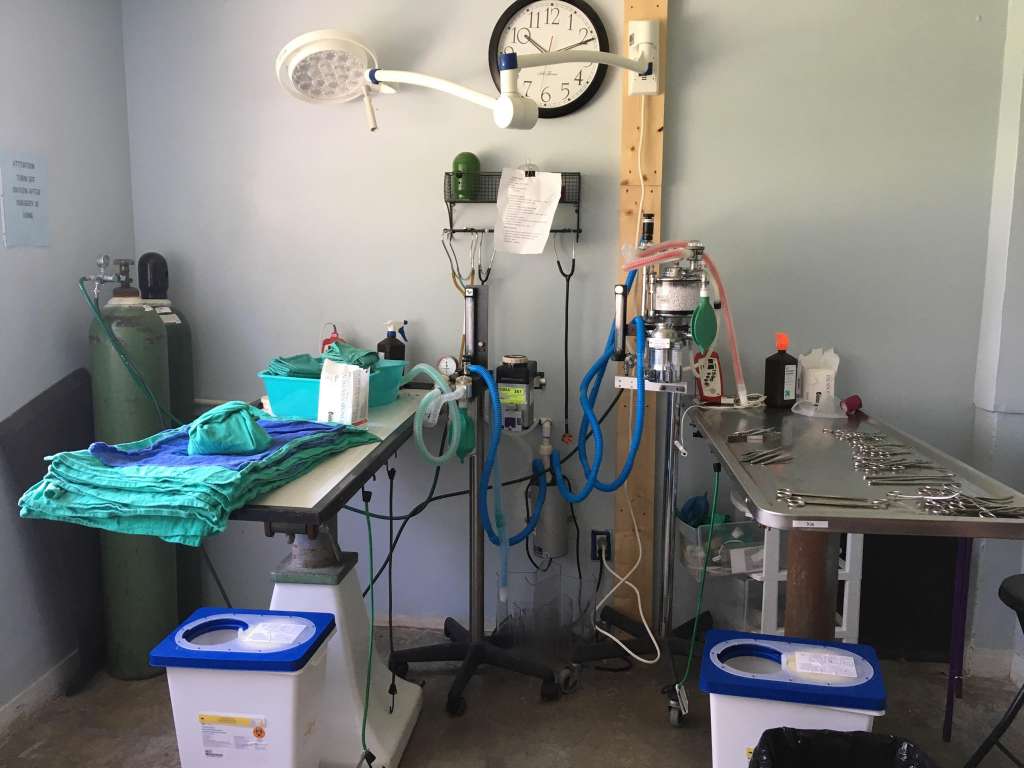 Trick, who’s been involved with the agency since 2010 and became executive director three years later, attributes part of the increase to two new features added last year: a Catio and the Four Seasons Dog Retreat. A private donor funded the retreat and GreaterGood’s Rescue Rebuild provided a grant for the Catio. In 2016, the shelter received total donations and grants of $346,000.

Both facilities are air-conditioned and have windows offering a more home-like, stress-free environment compared to a cage.

At the Catio, cats can wander and climb throughout the room which offers high and low perches to sit on, as well as food, water and toys and access to a screened-in room. Each of the four retreats can include a sofa and table to create a homelike setting. Both provide a more natural setting for the animals which allows would-be owners a chance to visit with them and learn more about them and their personalities.

People also may learn more through the 2018 Red White & Rescue calendar for which the shelter just recruited first responders to pose with shelter pets.

Sandy Flint of Flint Photography in Sealy again will take photos for the fundraising calendar which will be available the week after Thanksgiving. The calendars will be $20 if purchased at the shelter and $25 if purchased through the website to cover the cost of shipping.

“I love this project because I love the work the shelter does,” Flint said. “They have made huge improvements over the past few years. They place more pets into forever homes every year, and they continue to improve the quality of life for the pets while they are in the shelter.

“One of the big challenges we weren’t able to really address last year was including more cats in the calendar,” said Flint. “We can’t take shelter cats into a fire station and keep them safe, much less get them to relax enough for a great portrait. But with the shelter’s new cat facilities, I was able to photograph cats where they felt at home. We have some really fun ideas for including them in the calendar this year.”

Like last year, the calendar also will include a dog who was adopted by a first responder and they’ll appear together, said Flint.

The shelter isn’t government-funded and doesn’t have an endless amount of money to take care of animals, said Trick. Which means the shelter has limits as to how many animals it can house and help. The air-conditioned kennel usually operates with 110 animals plus between 10 and 20 in foster homes.

Piehl, the shelter’s 2013 volunteer of the year, donates time on Tuesdays and Thursdays stressing the importance of basics: feeding and cleaning first and then playing with pets. She’s been volunteering at Special Pals since 2012 because she wanted to work at a no-kill shelter.

While she talks excitedly about what she does, the excitement mounts when she adds that her 14-year-old son, Bobby, started volunteering two years ago and last year had 100 volunteer hours. Because of his experiences, he now wants to study to become a veterinarian.

After research, Hoff selected Special Pals last November to volunteer. Because he works for Apple, his employer donates funds for every hour he volunteers at the shelter to encourage community giving.

Special Pals also operates a wellness clinic and offers spaying/neutering services. That’s the area Trick would next like to see expanded at the shelter to help with the ever-growing animal population.

Trick figures that 60 percent of the 150 daily calls the shelter receives are about intake requests.

“We need to do a massive spaying/neutering campaign,” she said.

Part of the answer can be found in the effort by Houston’s BARC Animal Shelter to find out-of-state homes for animals, she said, and Special Pals temporarily houses some of those animals being transferred. “The city is saturated with animals,” she added.

Special Pals will participate in the Houston World Series of Dog Shows July 19-23 at NRG Center in Houston to get the word out and the Aug. 19 Clear the Shelters campaign organized by NBC and Telemundo TV.

The shelter is closed on Mondays. Hours are noon-4 p.m. Tuesdays-Thursdays and Saturdays and Sundays and 2-6 p.m. on Fridays. For details, email info@specialpalsshelter.org, or call 281-579-PETS.